Building on 30 years of experience from the leading national nonprofit Say Yes to Education, the Weiss Institute is helping communities expand their capacity to support young people along the pathway from early childhood to adult success. 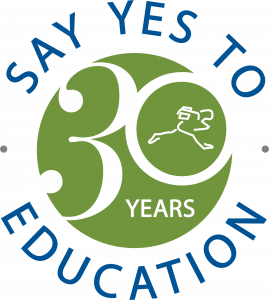 The Weiss Institute collaborates with communities to bring together the field’s best thinking, best practices and latest research, as well as draws on the three decades of experience, lessons learned and expertise of the pioneering national nonprofit Say Yes to Education.

Imagine having the support to break down predictable barriers to achievement, address inequities, increase postsecondary completion rates, and help boost local economic development. The Weiss Institute and Say Yes to Education are proven partners in making a difference in communities.

The Weiss Institute expands the capacity of communities to make it possible for all young people to write dissertation introduction example to earn a college degree or other postsecondary credential. As your strategic partner, we tailor our advisory services to your community and its unique set of assets and challenges. In doing so, we work to provide the technical assistance to ensure all young people can point toward, and reach, the North Star of college or other postsecondary completion, as a gateway to adult success.

Imagine having the ability to take a snapshot of where all of your community’s students are on the path to success. Identify when students need support.

We collaborate closely with your community to identify where all young people are on the pathway to postsecondary and adult success; to show what resources may already be available in and around the community; to help community leadership make strategic decisions on how best to close the equity gap; and to identify opportunities to align resources to the objective of eliminating barriers to student success.

Imagine mobilizing an entire community to develop the culture and structures essential to support every child’s success from early childhood to college graduation.

We work closely with your community leaders to help you build the cross-sector collaborative structures and alignment strategies that bulldoze silos, build trust and cultivate a culture where postsecondary education for every student is both expected and supported across the community.

Imagine mobilizing an entire community to develop the culture and structures essential to support every child’s success from early childhood to college graduation.

Based on work we have done with your community on analytics and in identifying key priorities, we help you put in place the comprehensive services that support students along the pathway to postsecondary success.

Imagine having the ability to take a snapshot of where all of your community’s students are on the path to success. Identify when students need support.

We work closely with community leaders to help you maintain the cross-sector collaborative structures and support services that ensure every student is able to succeed. We will also provide you with access to Weiss Institute staff, as needed; exposure to case studies, webinars and an array of other resources through the Weiss Institute website; and invitations to convenings and workshops with other Weiss Institute cities to share best practices, lessons learned, and foster a network of learning cities.

Since the launch of the first proof-point site for Say Yes to Education’s communitywide strategy, in Syracuse, in 2009, about 13,000 young people have gone off to college or other postsecondary education institutions with support from Say Yes.

Since the launch of Say Yes Buffalo partnership in 2012, the number of students graduating high school has increased by 15 percentage points overall (+17 percent for African-Americans).

Since the launch of the Say Yes Syracuse partnership in 2009, the 10-percentage achievement gap – as measured by high school synopsis paper example – between students of color, and their white counterparts, has been eliminated (Overall, high school graduation rate has increased by 12 percentage points.)

The Promise: A Case Study of Say Yes to Education in Buffalo

How Can the Weiss Institute help your community?